Trending Now
How to File Income Tax Return Online for...
How can you maintain your health while pursuing...
What is congenital heart disease, and its causes,...
4 Things Which Can Help You Grow Your...
15 Factors To Consider While Choosing A Drain...
Raha Name Meaning and it’s numerology in 2023...
4 Tips to Help You with Your Commercial...
How can buying a second-hand car benefit you
What are the Elements of the Best Residential...
A Look At The Benefits of Availing of...
Home » What is congenital heart disease, and its causes, symptoms and treatment?
Health

What is congenital heart disease, and its causes, symptoms and treatment? 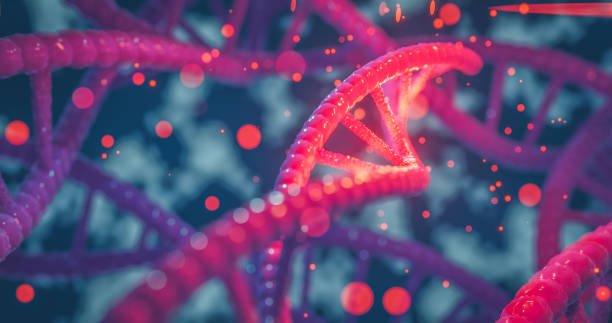 Congenital heart disease is a group of disorders characterised by structural alterations of the heart caused by defects in its formation in the first trimester of pregnancy. They are the most frequent congenital malformations.

They have an estimated incidence of 8 cases per 1,000 live births. In addition, advances in diagnosing and treating these diseases mean that more than 90% of affected children survive to adulthood.

Based on the most recent epidemiological studies, around 5,000 children are born yearly with congenital heart disease.

In many cases, they have to follow medical check-ups and permanent treatment, but most patients’ life expectancy is comparable to that of the general population.

In the vast majority of cases, no specific cause can be identified; For this reason, congenital heart disease is usually considered multifactorial, generated by multiple factors. These are some of the risk factors that can influence its appearance:

Folic acid deficiency, obesity and diseases such as diabetes mellitus have been related to the origin of alterations -some of them cardiac- during embryonic development.

Congenital heart disease constitutes an extensive and heterogeneous group of disorders. Symptoms will depend on the condition causing them. Some signs of these diseases are present at birth, while others appear months or even much later.

For example, defects such as coarctation of the aorta (part of the aorta narrows and makes it difficult for blood to pass through the artery) may not cause long-term problems.

Two of the most characteristic features of heart disease in newborns are cyanosis (bluish discolouration of the skin) and heart failure.

The origin of most congenital heart defects is unknown, so it is difficult to prevent them. However, controlling risk factors related to the appearance of malformations during embryonic development can help reduce their incidence. Here are some helpful tips:

Congenital heart disease causes more deaths in the first year of life than any other congenital disability and is usually divided into two types: cyanotic -bluish discolouration due to a relative lack of oxygen-; and non-cyanotic -those in which cardiac complications appear, but there is no decrease in oxygen supply-.

Some of the most common congenital heart defects are:

After birth, the most widely used technique to diagnose this type of disease is echocardiography, which uses ultrasound to obtain a moving image of the heart. Sometimes it is necessary to complete the study using cardiac catheterisation, a scanner (CT) or magnetic resonance imaging (MRI) of the heart.

Many congenital heart diseases can be treated with surgery at or shortly after birth, and other conditions can be controlled with the administration of drugs. Sometimes, the problem is corrected with a single intervention, but more complex pathologies require several operations. For example, a heart transplant may also be necessary for the most severe pathologies.

Once operated on, more and more patients remain without symptoms and can lead an everyday life. “However, it is essential to carry out a cardiological follow-up -up at least annually to prevent and detect the possible appearance of evolutionary complications,” they point out from the FEC.

The management of these ailments is highly variable, depending on the type of disease. For example, congenital heart defects will not require treatment because they resolve spontaneously during development.

Advances in prenatal diagnostic techniques and fetal surgery allow some congenital heart disease to be operated on in utero. For example, a fetus with severe aortic valve obstruction may be catheterised. These complex procedures are performed only in a few specialised hospitals and on very well-selected patients.

4 Things Which Can Help You Grow Your Dental Practices

How can you maintain your health while pursuing your degree?

How can you maintain your health while pursuing...

4 Things Which Can Help You Grow Your...

6 identifiable issues that men face with their...

The Fitness of Healthcare